Teaching children fire safety begins by helping them understand the dangers of fire. Follow these tips to help your kids develop a healthy respect for fire and the dangers it posses:

Teaching Children Not to Play With Fire

Children playing with fire account for a large number of childhood deaths from fire. Sadly, many of the children killed in a fire started it themselves. It is suspected that around 250,000 fires are set each year in the United States by children under 18. It is important to give children a healthy fear and respect for fire, and emphasize how dangerous it can be.

Many parents don’t realize how young this curiosity with fire can start. Many studies suggest that this curiosity develops even before the age of 3, and there are a large number of fires that are started by preschool aged children who are experimenting with fire. It is important, from a very young age, that you reinforce with your children a healthy respect for fire.

Talking with kids about the dangers of playing with fire

A child does not have to be the one playing with fire in order to die from the results of it. Many children have been killed because a friend was playing with fire, and they went along, giving in to the other child’s wishes.

Teaching children that firefighters are your friends 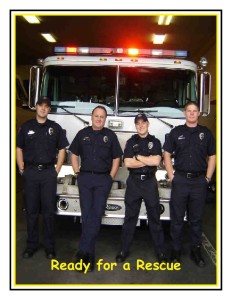 Firemen are your friends!

It’s unfortunate, but children are often times killed because they hide from a firefighter. A fire is a scary ordeal as it is. Then when they see a firefighter dressed in what looks like a big space suit who is breathing like Darth Vader and carrying an axe around, they can get even more afraid.